You won’t find a more comprehensive video training course on the topic of Boat Canvas Fabrication anywhere else online. Each video contains in-depth details going over everything you’ll need to know from master instructor John Cavender with over 30 years experience.

The video training course includes 50+ videos guiding you on every aspect of marine fabrication.

Everything you’ll need to know to start a career in Boat Canvas Fabrication. 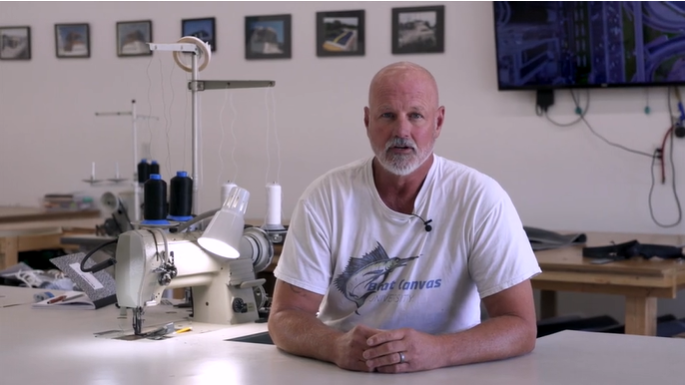 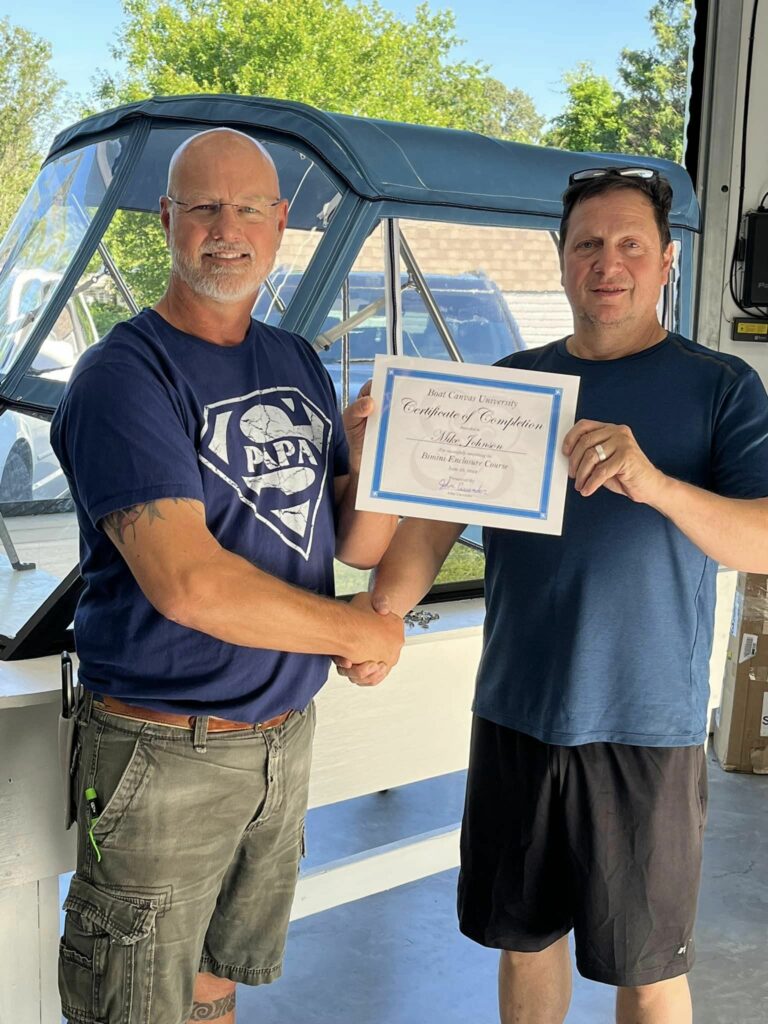 OVER 30 YEARS OF EXPERTISE IN THE MARINE FABRIC INDUSTRY

In 1990, after four years of military service, John began building mobile workshops using large panel vans with built-in tools and sewing tables. This enabled him to meet the high demand for custom canvas in a wide variety of applications and locations. These mobile workshops grossed millions of dollars annually
In 1998, John was contracted to manufacture eradicable awnings. This led him to focus in metal fabrication for Marriott, making awnings for public schools in Florida as well as major grocery chains. He quickly earned a reputation for his metal fabrication work.
In 2003, John’s “OEM” (original equipment manufacturing) branch of the business took off. He was responsible for the patterning and duplication of patterns to meet the high demand of his clientele, which included Angler Bass Boats, Blazer Bass and Bay Boats,

By 2012 John began filming “tricks of the trade” videos and invented a specialty tool to make a very complex patterning and scribing process possible with a simple, easy-to-use system.

John’s love of his craft is undeniable. He is 100% committed to sharing his vast knowledge and years of experience in a wide variety of applications. His mission with Boat Canvas University is to provide others who share his passion with the step-by-step instruction to allow them, too, to become successful fabricators.

“Everyone who joins Boat Canvas University will increase their potential to earn significantly more money by the end of the course.”

Join 100’s Who Have Gotten Certified

“Whether You’re A Beginner Or Not, My Course Will Level Up Your Skillset And Earn You More Money. I Guarantee It!”

John Cavender works tirelessly to ensure the success of every student that enrolls into this program.